It’s not often I get to photograph Dorothy Band in the middle of several tornado warnings, but we’re not in Kansas anymore, so buckle up!

The Parish House is such a unique and in my opinion, underrated venue. It’s connected to the House of Blues, but has an entirely unique feel to it. The gothic crown molding and ancient mahogany makes you feel like you’re in an 1800’s Old Nola club, with the inferno painted on the ceiling.

With a monsoon raging outside, up and comers Classless Act took the stage to open and man, when I tell you I was not prepared for the energy that was about to come off that stage, I am not playing around. Hailing from California, these fellas brought an incredible larger than life presence to such a small space. Exploding off the stage, engaging with the crowd, jumping around on a platform the size of someone’s back porch with reckless abandon; the music was loud and wild but incredible. I’ll admit I was concerned about the turnout for the show. Normally, Dorothy would have a packed house here in Nola, and Joyous Wolf brings in a decent crowd in their own right. At the beginning of the show, which again, was in the middle of several tornado warnings and torrential rain, Classless Act was up to the task of getting the early birds up and moving. Frontman Derek Day maintained a great rapport with the crowd, sourcing patrons from the bar that were maybe just waiting around for Dorothy and bringing them front and center to the stage. With smooth vocals and an infectious stage presence, this guy is someone to keep an eye on.

I swore to myself this wouldn’t turn into a Classless Act review, but at the same time, why not? It’s not often that opening band comes out as strongly as they and blows everyone out of the water, so here we go.

As a bassist, I can’t help but zero in on whomever is slapping those strings. Bass can make or break a tune, it’s the lifeblood to the heartbeat that is the drums, and also, we all are a bit more critical of our area of study right? It’s always lovely when you aren’t disappointed, and can actually enjoy the show without cringing at the lazy runs or top string only playing. CA’s bassist Franco Gravante kept it moving and in the pocket with drummer Chuck McKissock. Opting to not rest on the laurels of simple bass lines, Gravante peppered in some drifty little runs that really sealed up the sound on “Give It To Me” a song off their highly anticipated new album. Gravante and McKissock worked seamlessly together to drive the beat along, and speaking of Chuck, with his shock of blue hair, he reminded me of Animal behind that set. A great blur of arms, elbows and drumsticks, I was lucky to even capture a few shots of him taking it to town.

The icing on it all were the riff offs between rhythm guitarist Dane Pieper and lead Griffin Tucker. Dane would spin around, dreads flying everywhere as Griffin’s hands flew over the fretboard, building anticipation and bringing the once immobile crowd to their feet.

All in all, their kind genuine spirits really helped them to shine. Surely, you know to believe me when I say, don’t sleep on this band.

Joyous Wolf was up next, and I just want to preface that I’ve seen them many times and they are always magnetic. I’m not sure what technical difficulties may have been happening during that set that had it sounding a little off, but I do know that Nick Reese at a festival or larger stage is certainly a force to be reckoned with. He’s a front man that thrives off of the crowd and non restrictive movement and I am looking forward to catching them back on the road for their summer tour. “Fearless” is a dope tune that should be enjoyed at larger than life decibels.

Dorothy, etherial and frightening all at once, is probably one of my favorite live performances to date. I’ve photographed her many times over the years, always at large shows or festivals. Something about the more intimate show, the band being almost one with the crowd, Dorothy’s incredible voice filling every nook and cranny of that room…it was almost a rock and roll religious experience. The Gifts From the Holy Ghost Tour was surely named spot on. Cranking out “What’s Coming to Me” and a version of “Medicine Man” that sent shivers down the spine, Dorothy held a clawed grasp on the crowd the entire set. They rose and fell in energy in accordance of her will and they liked it.

Her voice is so uniquely appreciated and associated with New Orleans, it’s hard to believe their sound wasn’t bourn of the soil in the quarter. Even if she isn’t originally our own, there will always be a place for her here in New Orleans.

Stay tuned for more singles to drop off of her highly awaited album, Gifts From The Holy Ghost hopefully dropping soon! 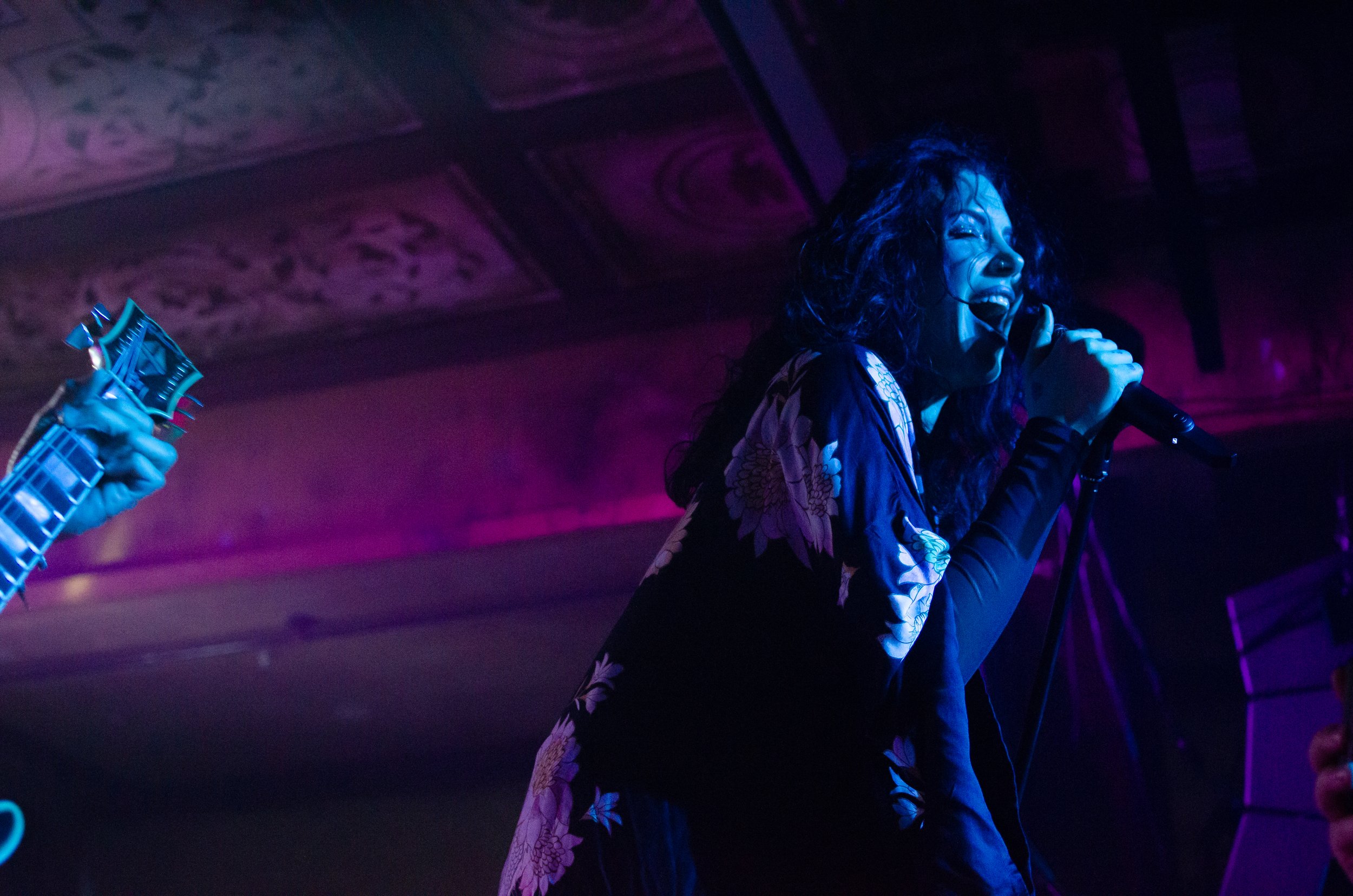 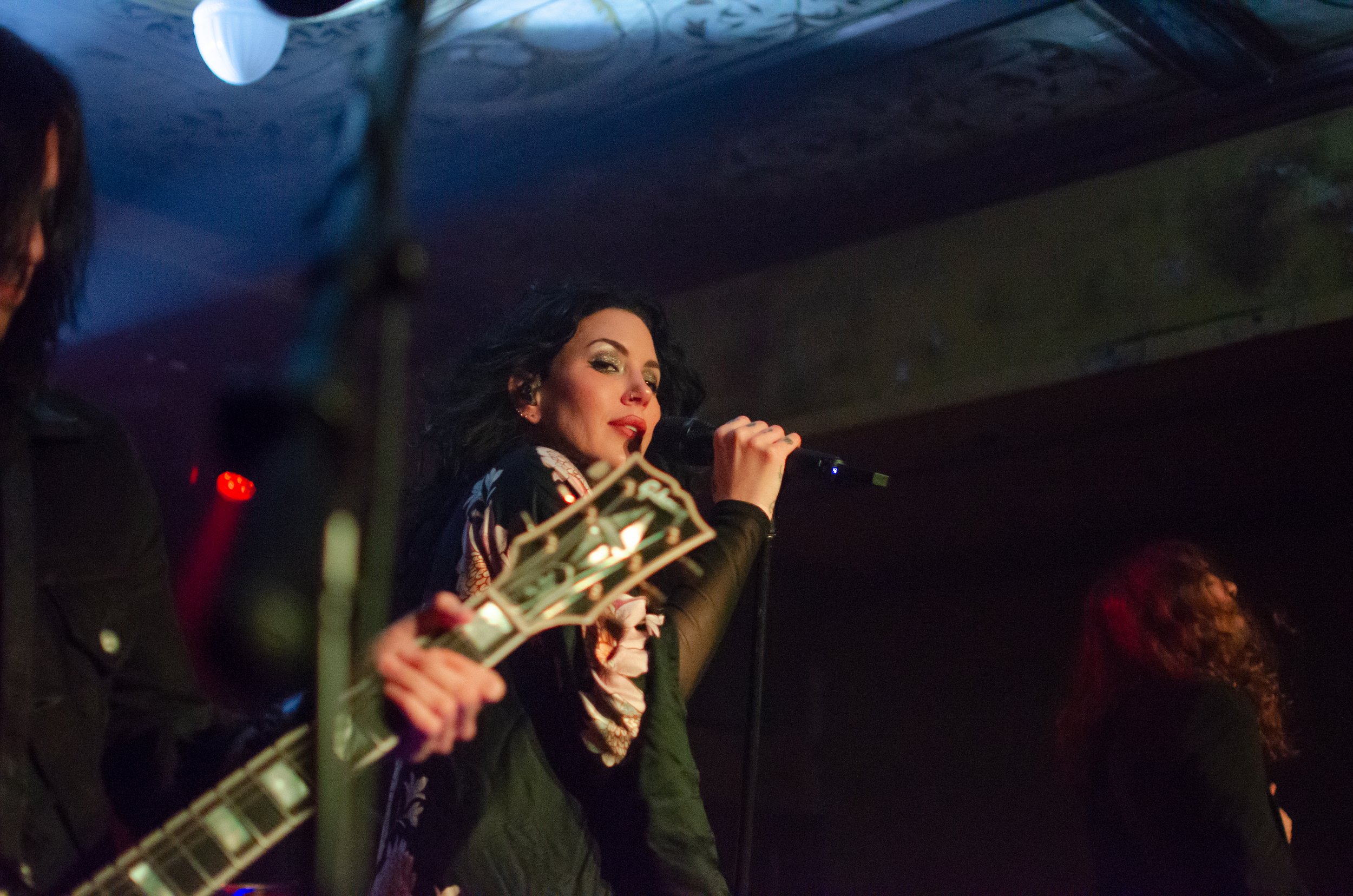 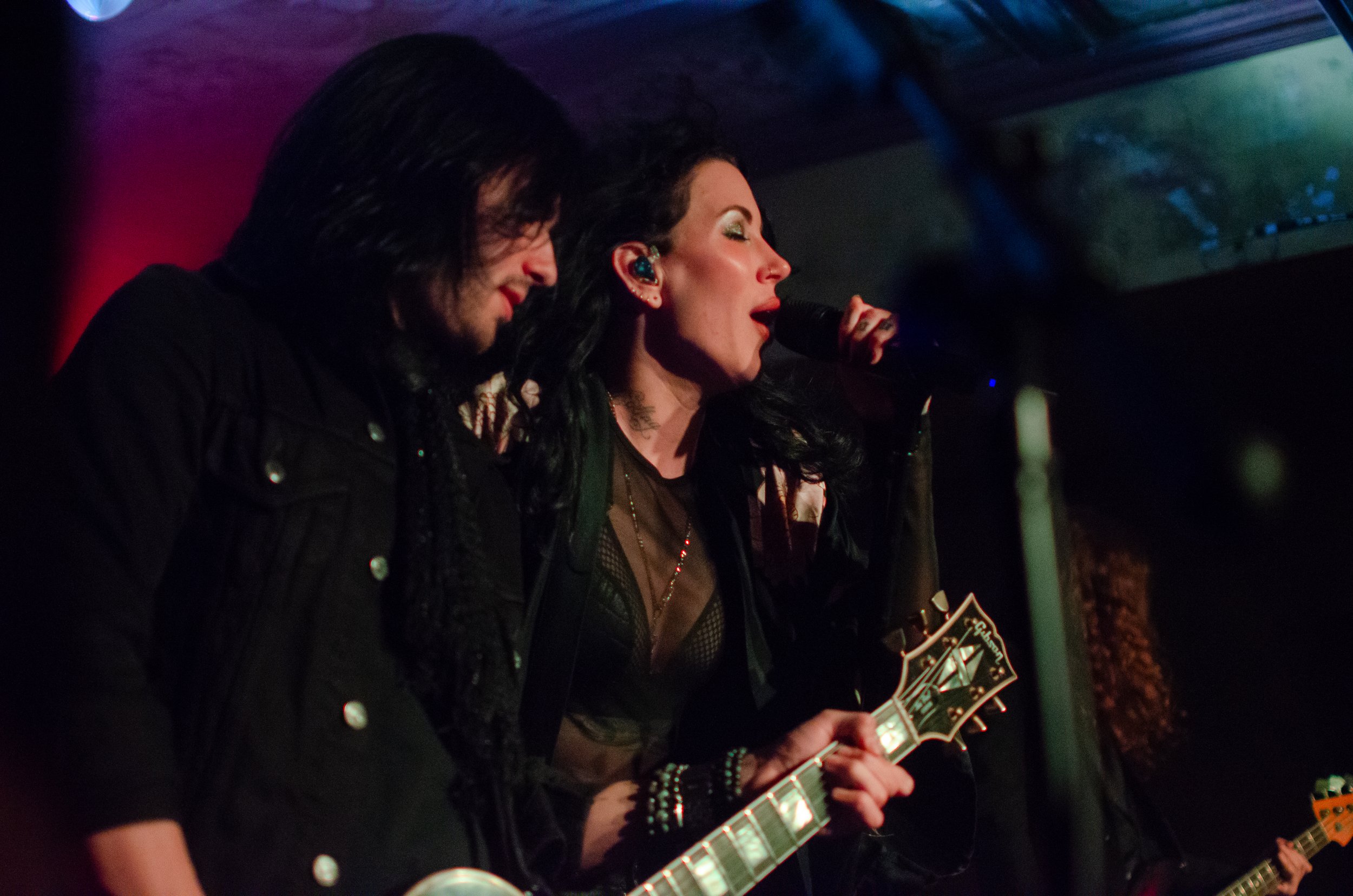 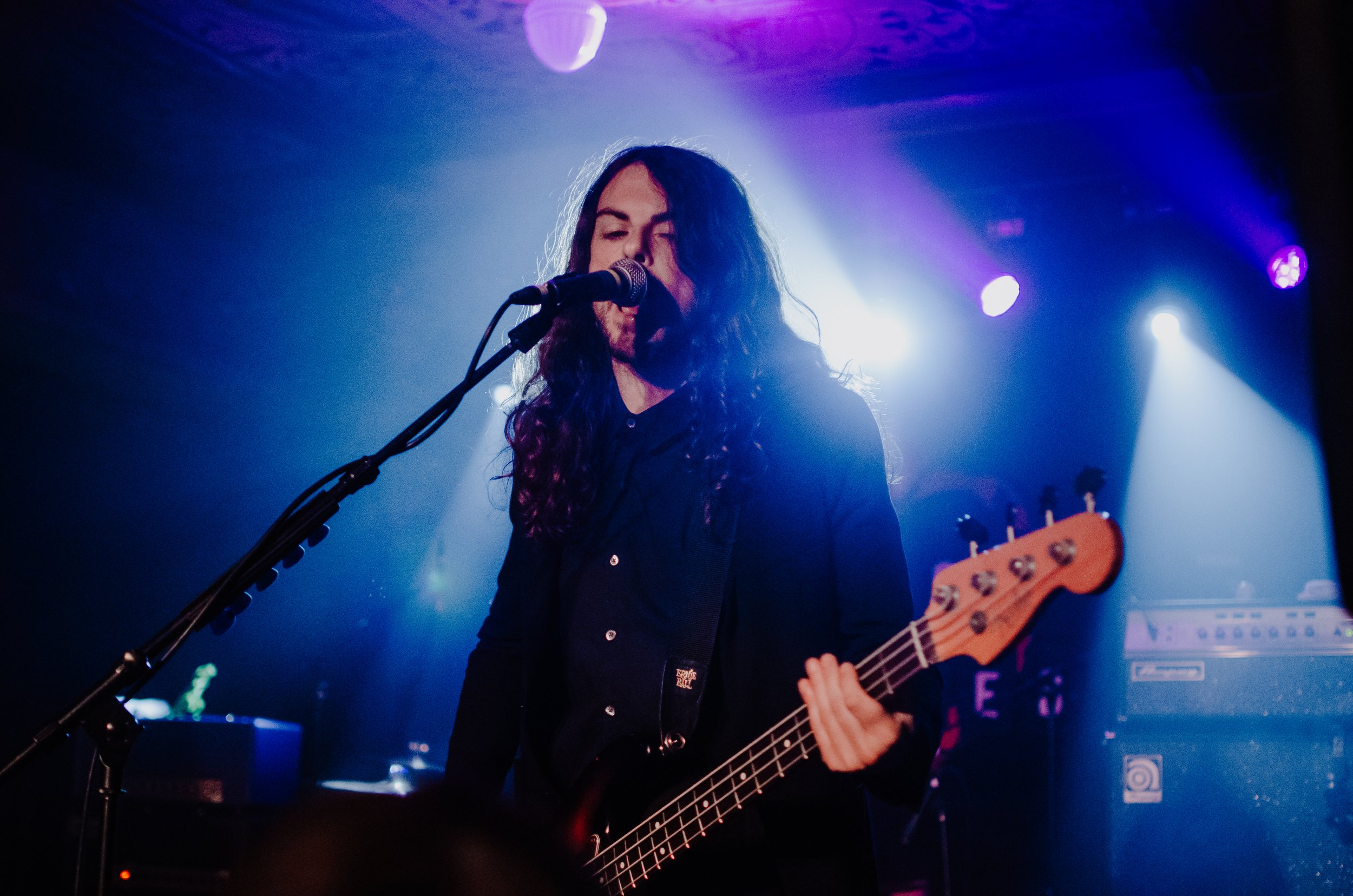 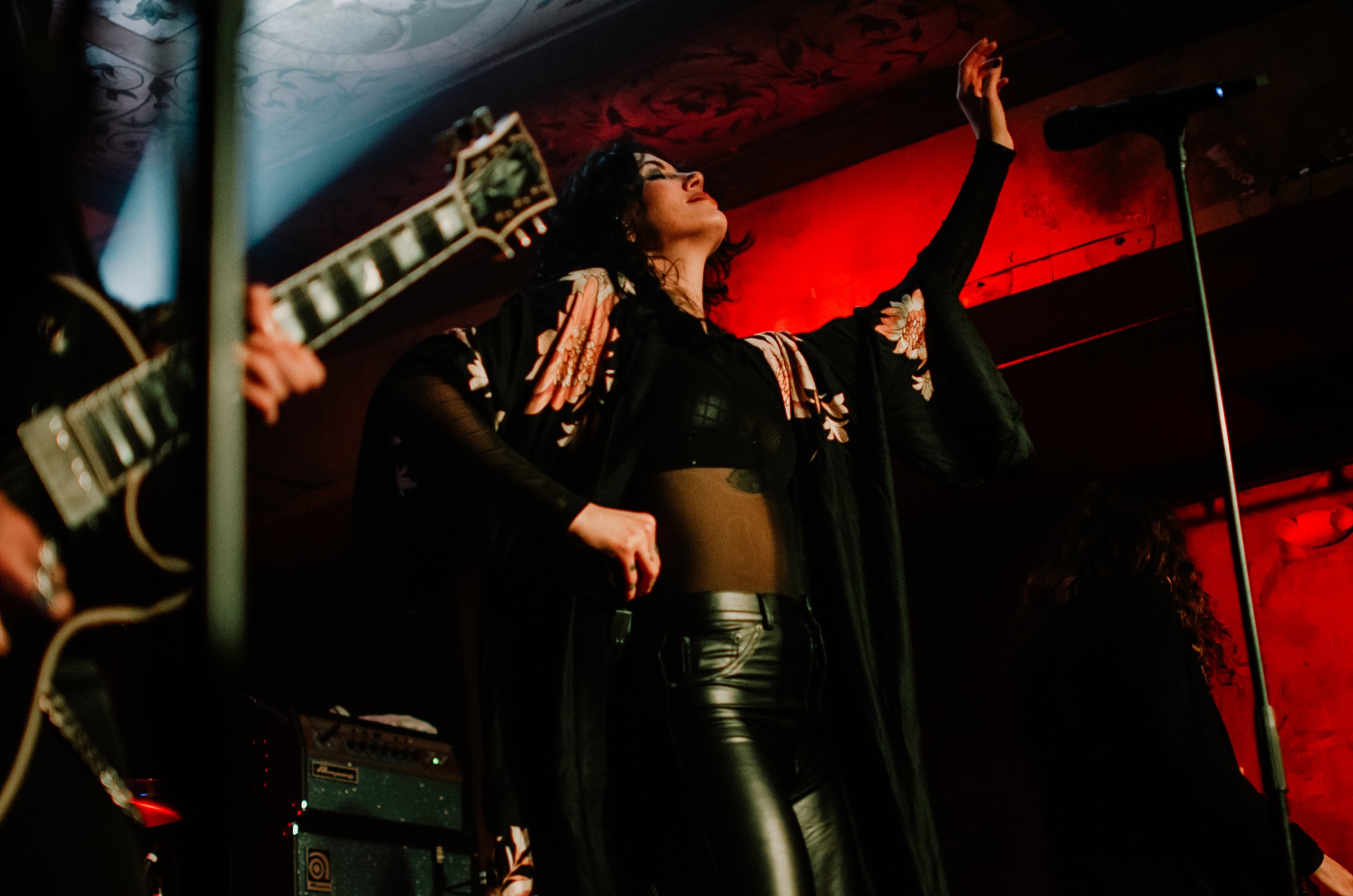 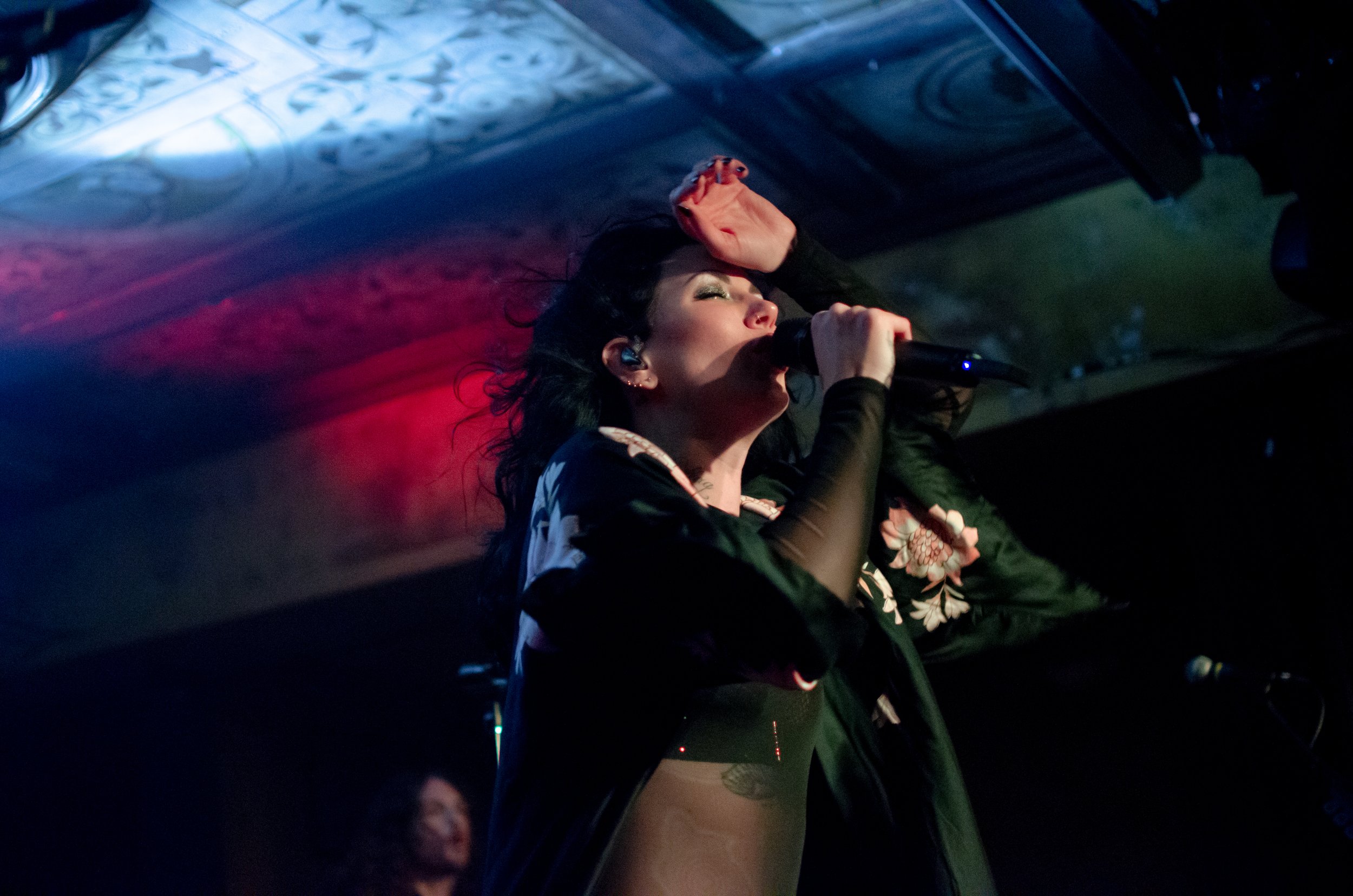 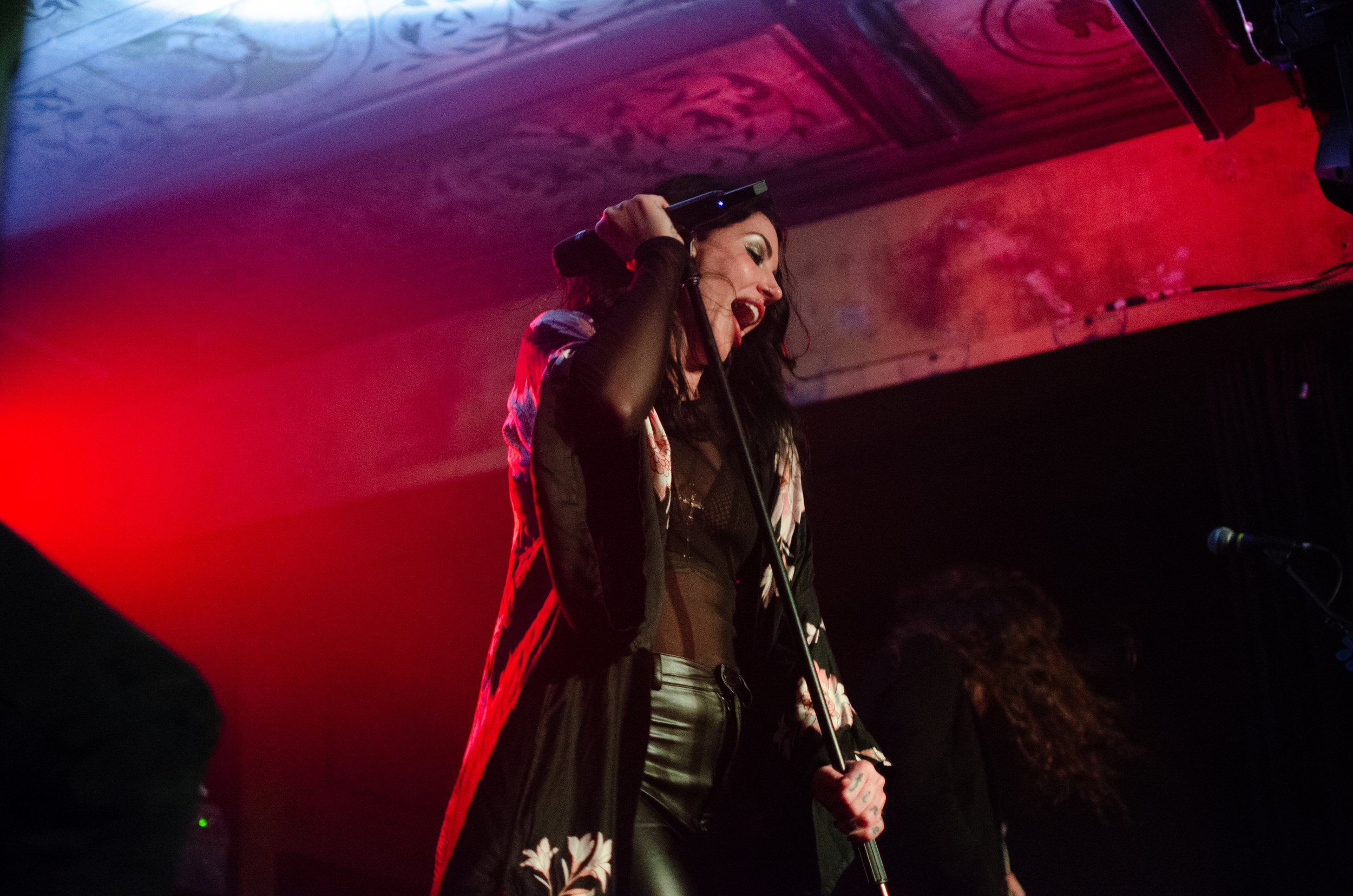 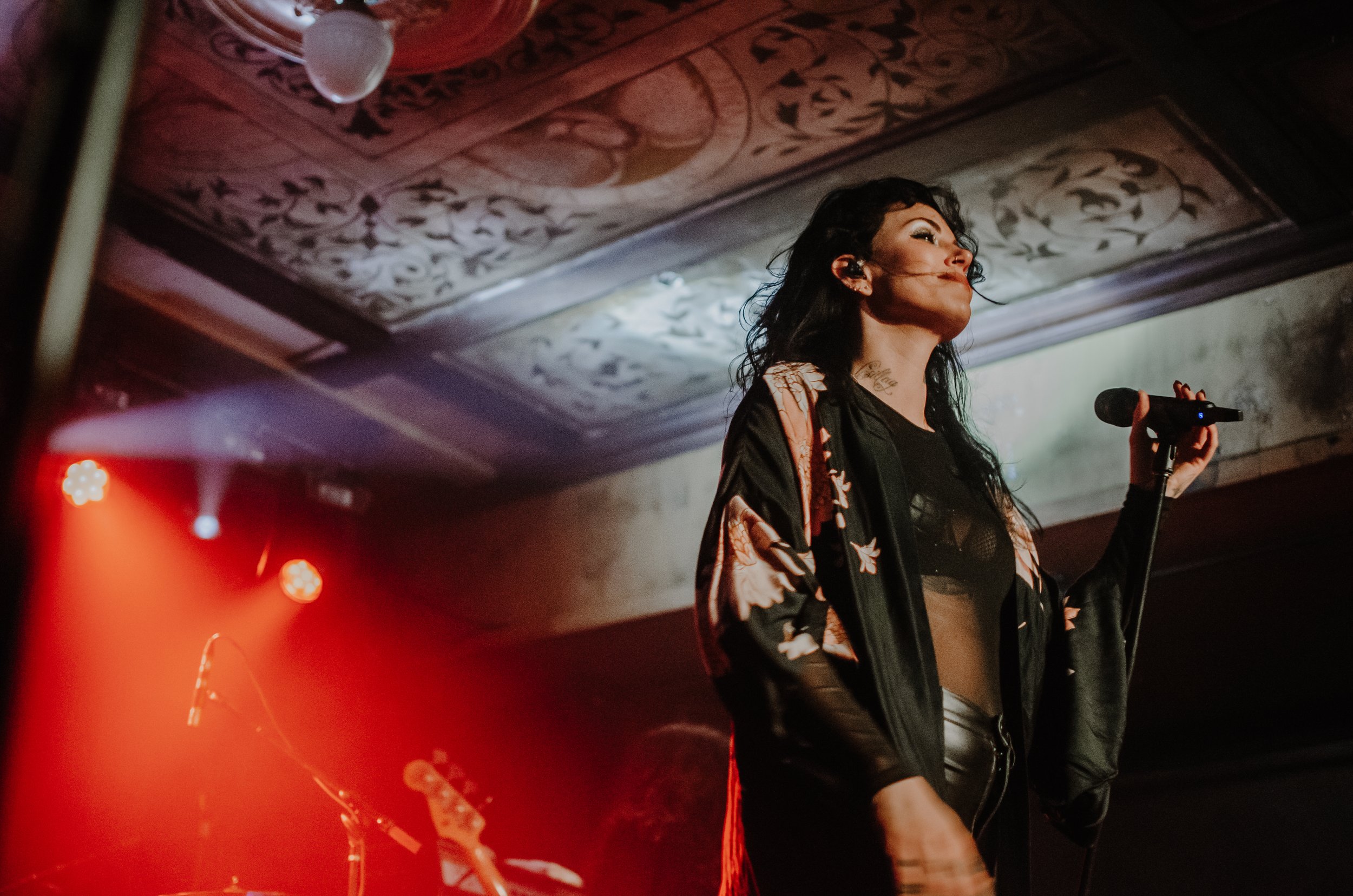 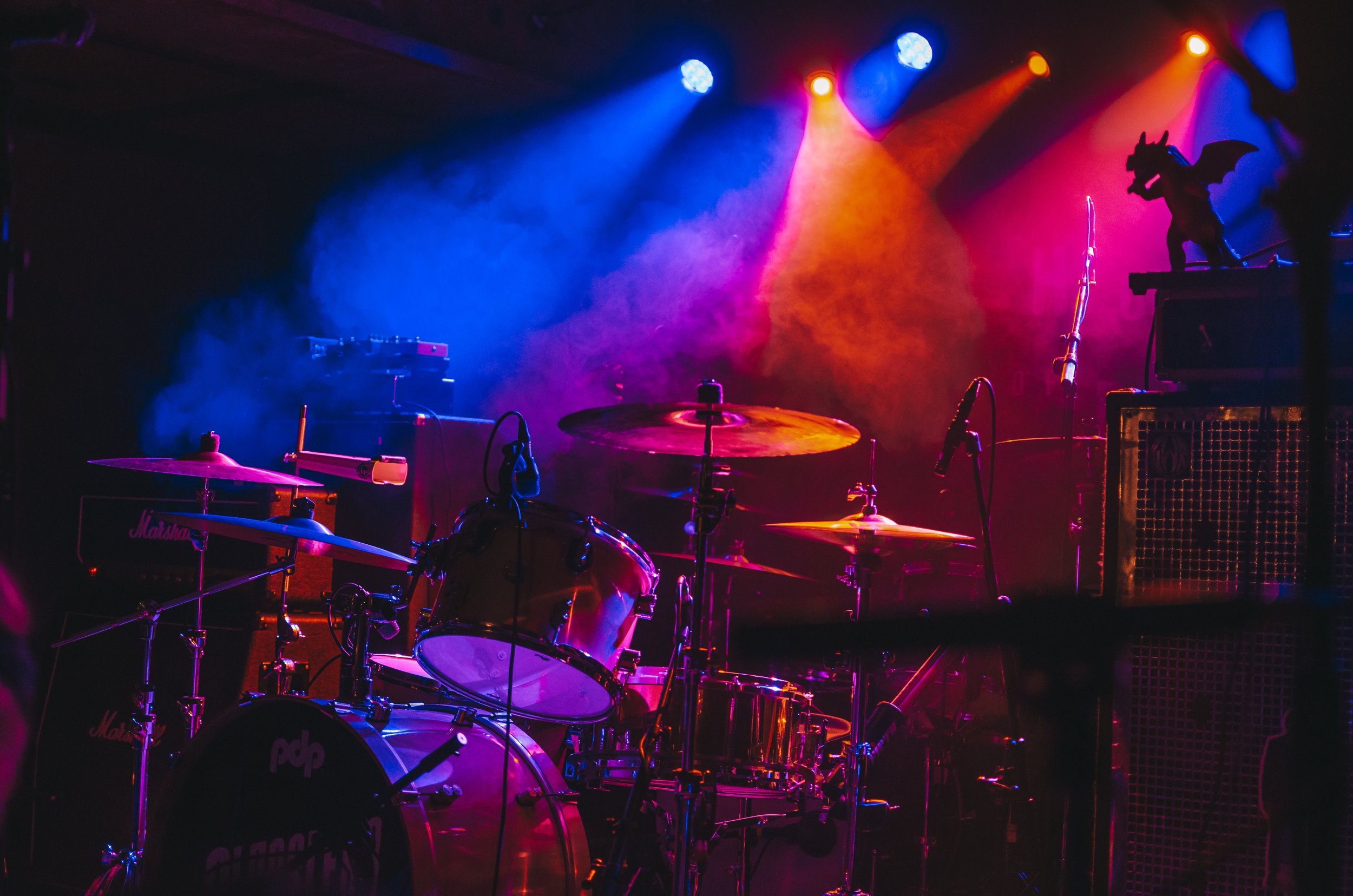 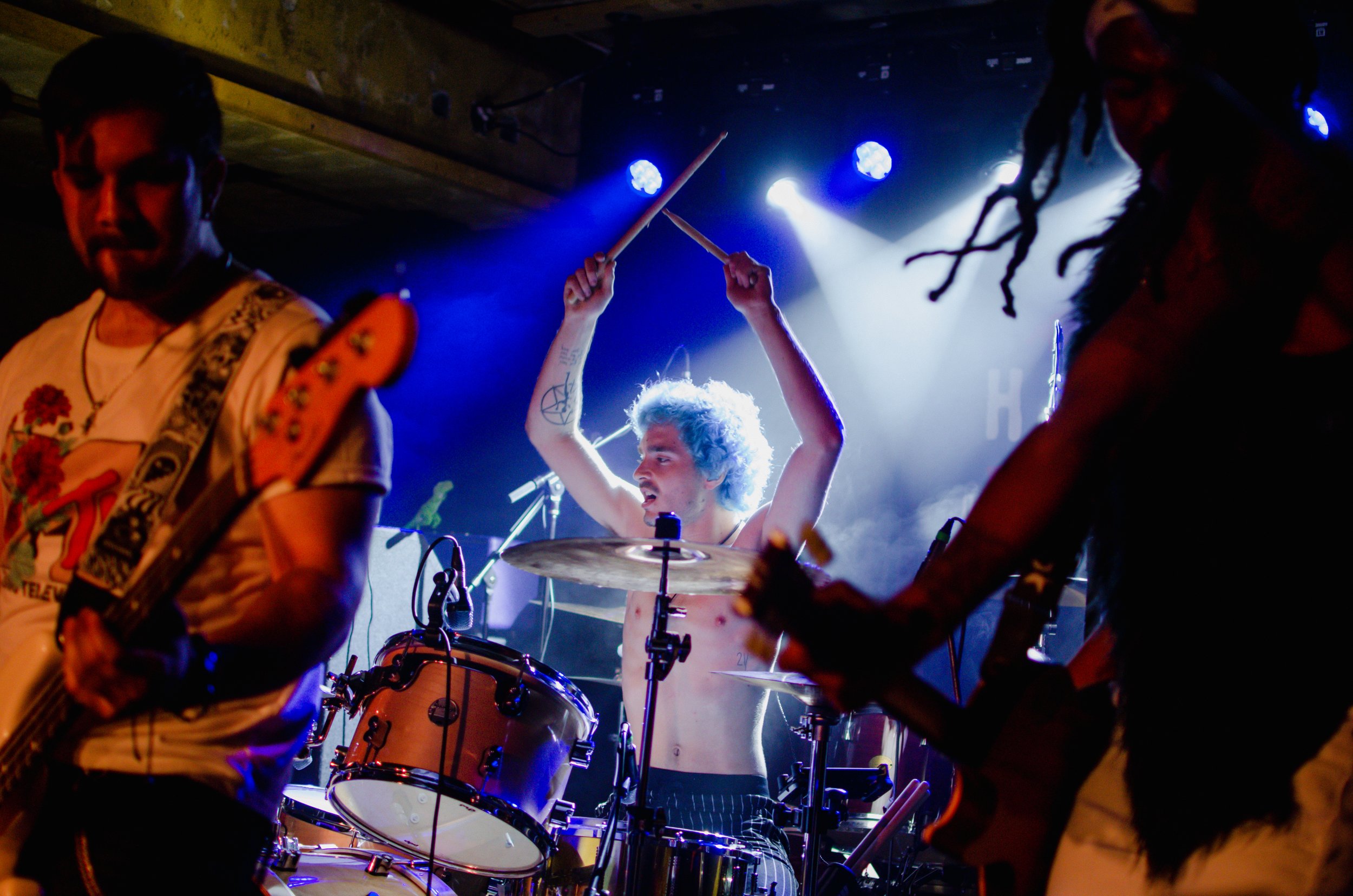 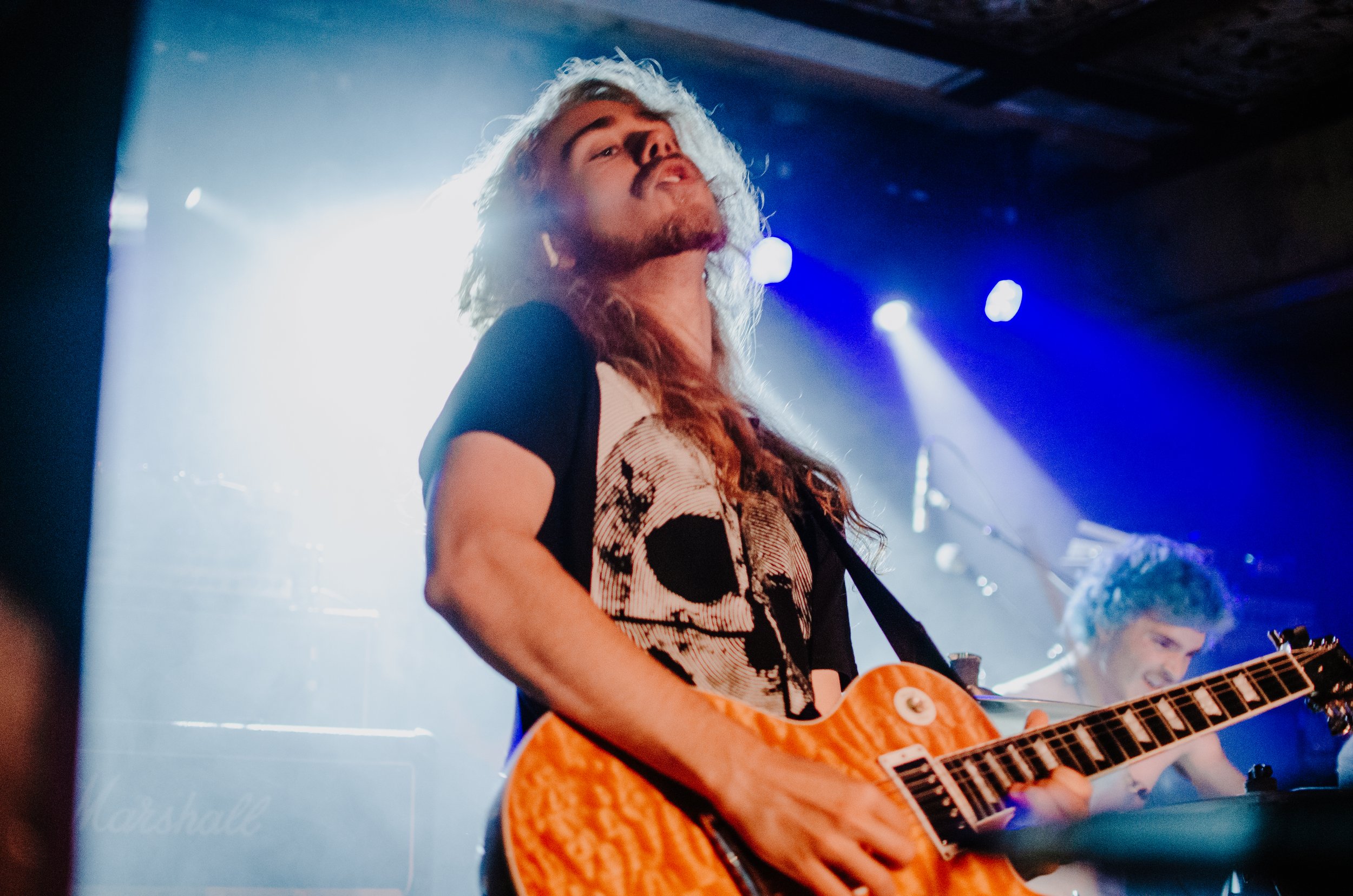 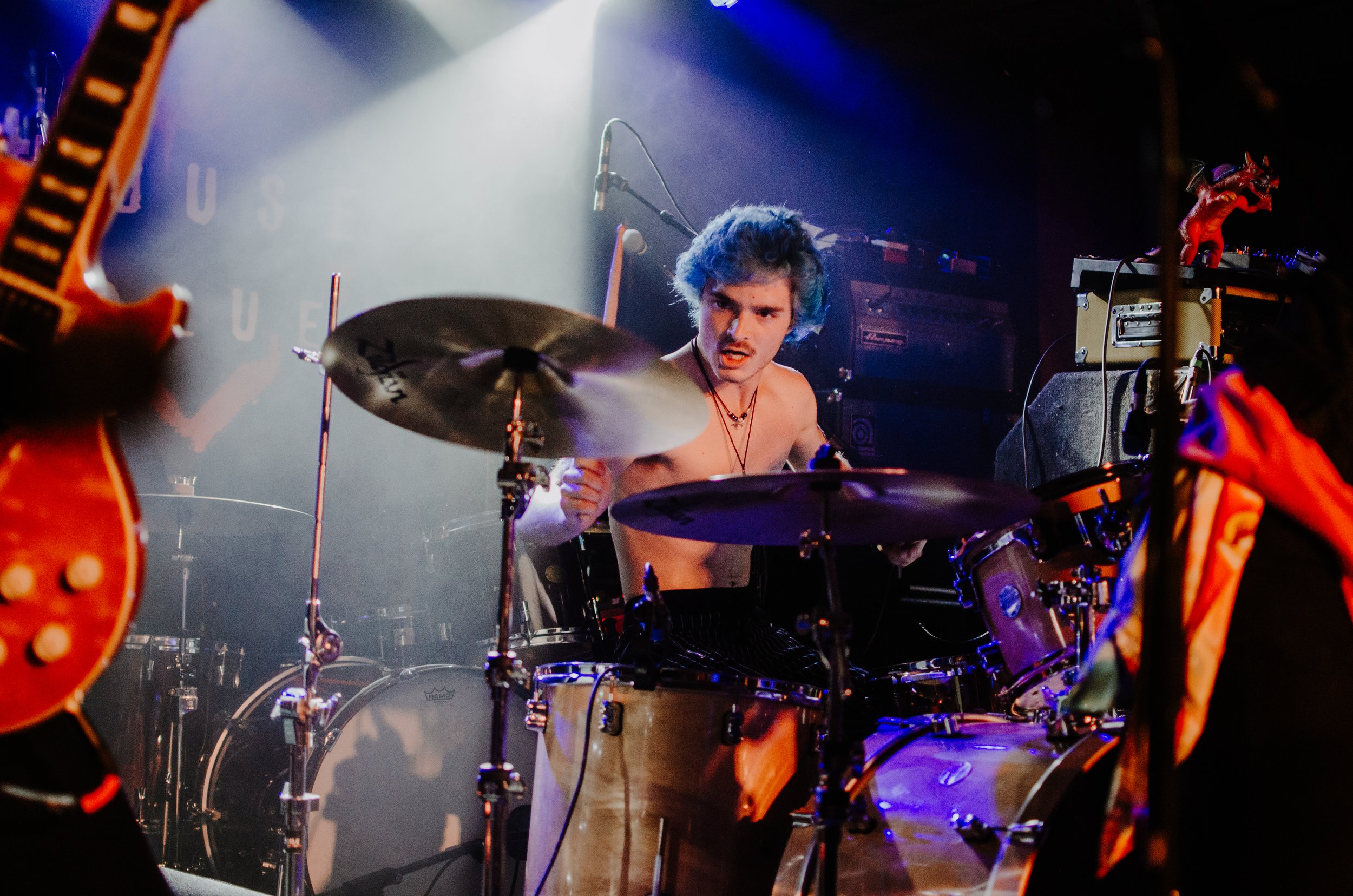 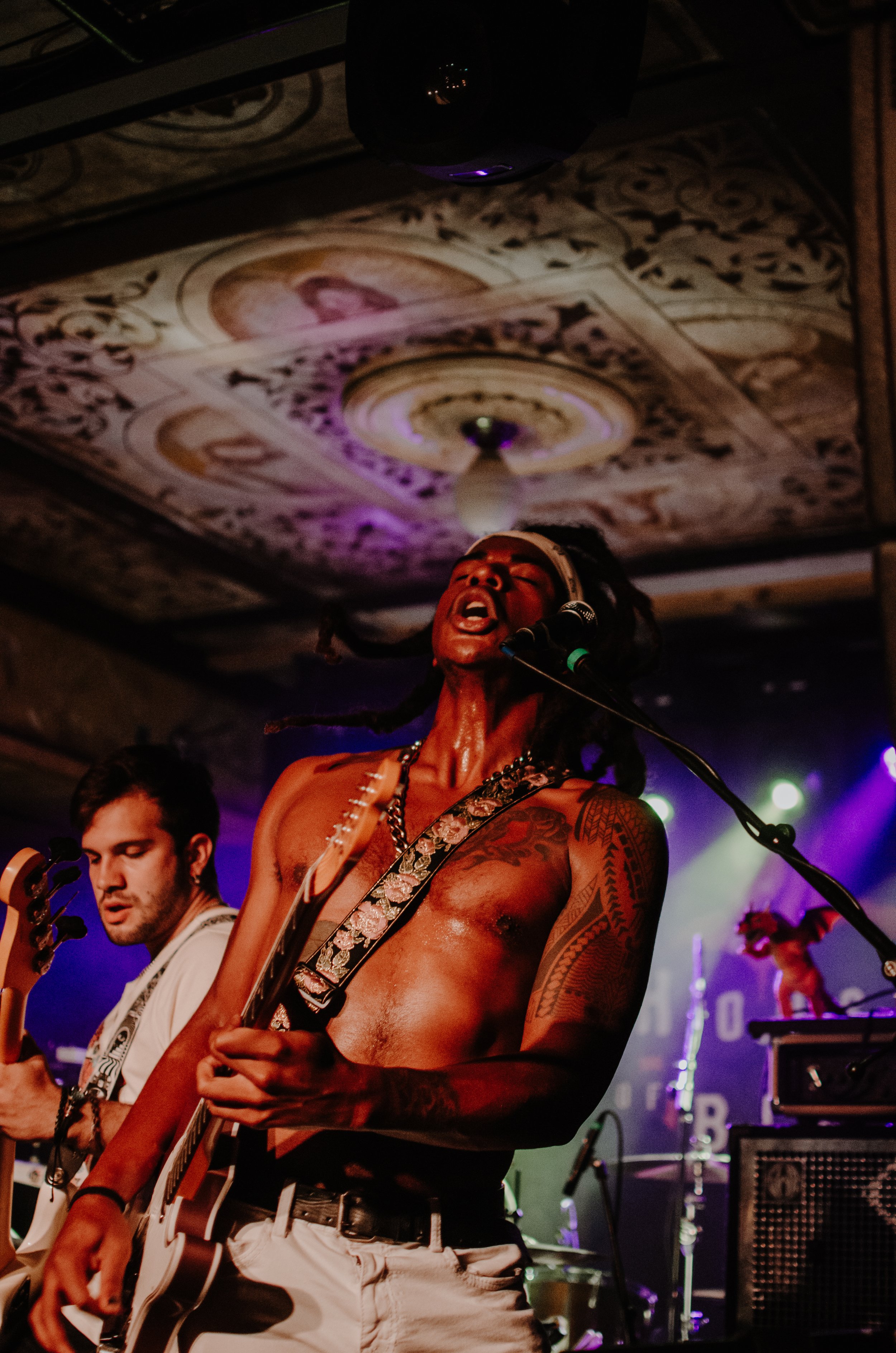